I wrote yesterday about the new US series of The Voice, but the talent show I’m enjoying the most right now is X Factor USA. The first live show took place last night and it was a total contrast to the current UK series as I was watching to decide who would be my favourite, rather than in the hope that there might be someone at all worth supporting. I’ve always preferred the American talent shows to the British ones, as they can do spectacular without irony, and the talent level is miles ahead. But what’s so great about X Factor USA this year is that the contestants aren’t just talented, but also ready-made commercially viable artists. An interesting Simon Cowell quote from the biography I’ve been reading said “I’m learning something new – that you don’t win in America unless you deserve to win.” Simon’s success, and his proven ability to manipulate the public, had made him lazy and presumptious about the public’s tastes. As much as I enjoyed the first series of X Factor USA, it was clear even to me as a Brit that the production team had not bothered to research the tastes of Americans.

They featured British songs unknown to Americans, clumsily threw together an unconvincing country girlgroup, and picked a host who had no experience of presenting TV shows of that scale. Their biggest mistake of all was to introduce the show as if it was already a success before it had even begun. Viewers like to feel that they decided to enjoy a programme, not that it was forced upon them as the predetermined next big thing. Simon and his team were complacent and they got their comeuppance – they were pretty lucky to get another chance.

This year, they have repeated some mistakes of 2011. They have focussed too much on the younger contestants, meaning that the over 28s are dull and hopeless and there is little to interest older viewers or those with more conservative music tastes. There are also some new problems, for example the weird meta comments many of the contestants and judges make. At times they seem to be talking about the show more than actually being in it, particularly with CeCe Frey (above) and Sister C, who are already talking about coming across as unlikeable. Shouldn’t they wait to see how the public reacts to them first?

But overall, the changes made to the show seem to be working. The judging panel is much warmer than last year, although the in-fighting and petty criticisms of each other’s work are sadly still present. Britney Spears is of course fascinating to watch – at first as a potential trainwreck and now as a likeable and surprisingly articulate judge. The new presenters, Khloe Kardashian-Odom (she needs to pick one surname ASAP!) and Mario Lopez, did a great job last night. They were natural and fun, exactly the opposite of Steve Jones, who tried so hard last year it was uncomfortable viewing. I hadn’t seen much of either Khloe or Mario before, but I liked them straight away and found myself willing them to do well.

Although I love the groups and the teens (under 16), the category I was most excited about was Demi’s contestants, the young adults (age 16-24). They benefit from being the age of a typical pop star, and they could all be convincing as new major label launches for 2013 if they weren’t X Factor contestants. Their one problem is that the three girls are all undeniably similar to already existing pop stars, Ke$ha (CeCe), Rihanna (Paige Thomas) and Demi herself (Jennel Garcia) – ironically, Jennel is the only one superior to the artist she resembles.

The one truly unique, and hugely exciting, artist in the young adults category is Willie Jones (below), the 18-year-old black country singer. As a semi-country fan I love to see an interesting, more current take on the genre and in previous performances Willie delivered that with vocals and charisma that genuinely gave me goosebumps. However, they made a big mistake by giving him an upbeat song with a cheesy routine for the first live show. Hopefully he will survive to show what he can really do next week. 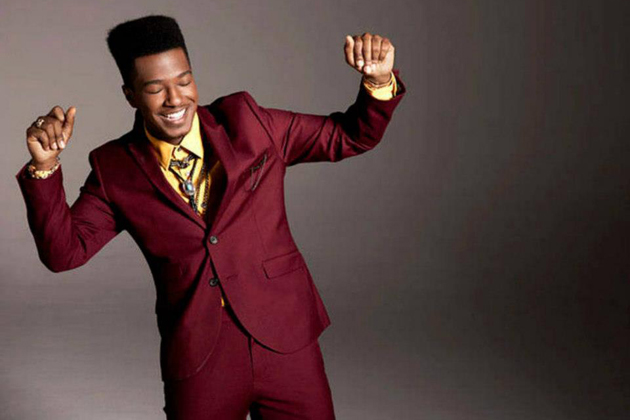 Others who stood out included Emblem 3 (the 2012 version of LFO, who somehow got Simon Cowell singing a Matisyahu song!), rappers Lyric 145 and girlband 1432 from the groups, and Carly Rose Sonenclar and Diamond White from the teens. I think the styling and staging needs to rapidly catch up with the talent level, as the teenage girls particularly looked awful (why were they dressed like 8-year-olds?) but this is definitely one of the most exciting talent contest series in a while. If they can’t produce a successful chart star this year then I think X Factor USA simply never will.