The 5th Most Poptastic Single of 2013 Released: 15th November (UK)
Writers: Elektra Jansson-Kilbey, Miranda Jansson-Kilbey, Hannah Robinson, Liam Howe
Trivia: Beloved is technically a b-side but it’s just too good not to be a single, so I’m ignoring that fact.
Best bits: 1. Take take twist shake, tell me what you want from me
2. We lie together but I feel so alone, and I give everything I have to you, why is it never enough?
3. Oh if I’m your beloved, why don’t I fit here?

The 4th Most Poptastic Single of 2013 Has Taylor bought shares in a lace factory?

Released: 12th March (USA)
Writers: Taylor Swift, Max Martin, Shellback
Trivia: 22 was the fourth single from Taylor’s album Red, but the first not to reach no.1 anywhere in the world. A travesty as it’s the best song on the album!
Best bits: 1. I don’t know about you but I’m feeling 22, everything will be alright if you keep me next to you
2. It feels like one of those nights we ditch the whole scene, it feels like one of those nights we won’t be sleeping
3. Who’s Taylor Swift anyway? EW!

The 3rd Most Poptastic Single of 2013

One Direction – Best Song Ever 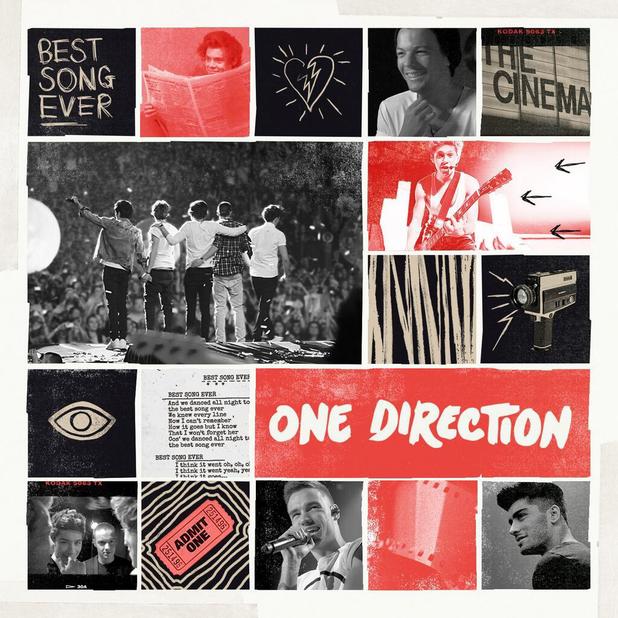 Did One Direction release a film or something?

Released: 22nd July (UK)
Writers: Wayne Hector, John Ryan, Ed Drewett, Julian Bunetta
Trivia: Best Song Ever is one of only two tracks on Midnight Memories that wasn’t co-written by any members of One Direction.
Best bits: 1. And we danced all night to the best song ever, we knew every line, now I can’t remember
2. I think it went oh, oh, oh, I think it went yeah, yeah, yeah, I think it goes ohhhh
3. We danced, we danced, it goes something like thiiiiissss

The 2nd Most Poptastic Single of 2013

Probably not a member of the royal family

Released: 8th March (New Zealand)
Writers: Ella Yelich-O’Connor, Joel Little
Trivia: On Halloween this year I found myself in kitchen with Lorde, her mum and Iggy Azalea. It was definitely the strangest moment of 2013 for me!
Best bits: 1. And we’ll never be royals (royals), it don’t run in our blood, that kind of luxe just ain’t for us, we crave a different kind of buzz
2. But every song’s like gold teeth, grey goose, tripping in the bathroom, blood stains, ball gowns, trashing the hotel room
3. We don’t care, we aren’t caught up in your love affair