The 5th Most Poptastic Single of 2012

Released: 16th November
Writers: Brian Higgins, Wayne Hector, Tim Deal, Matt Gray, Carla Marie Williams
Trivia: I recently read Cheryl’s book My Story, and the section about her upbringing was surprisingly fascinating. One interesting fact from a bit later in the book was that Cheryl and Kimberley had planned to form a group even if they didn’t make it into Girls Aloud. If they had, which one of them would have ended up in Fanfair?
Best bits: 1. All I want is something new, something I can hold on to
2. Go girls, g-g-go go go, we girls gonna take controool… no no, we girls gonna run this!
3. We’re the leaders of the pack, tell me can you handle that?

The 4th Most Poptastic Single of 2012 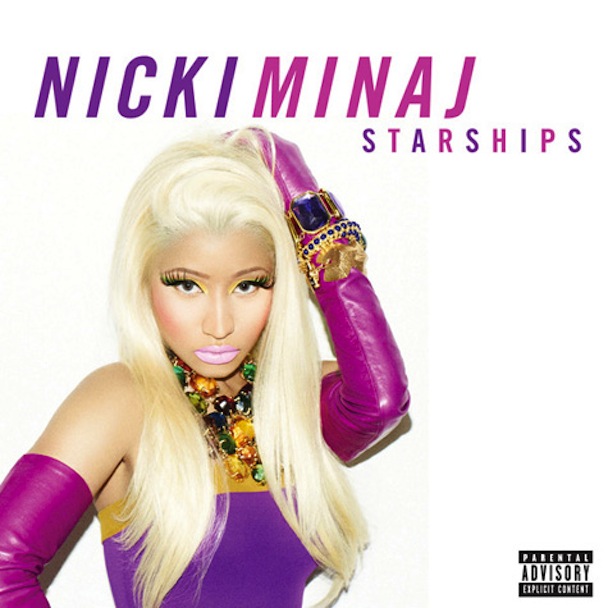 Released: 14th February
Writers: Onika Maraj, Nadir Khayat, Carl Falk, Rami Yacoub, Wayne Hector
Trivia: It’s been a pretty good year for songwriter Wayne Hector: Two songs in my top five, and he got to collaborate with both RedOne and Xenomania, a feat only achieved by Kylie as far as I know (and her RedOne songs weren’t even released).
Best bits: 1. Starships were meant to fly, hands up and touch the sky
2. My name is Onika, you can call me Nicki
3. I ain’t paying my rent this month, I owe dat!

The 3rd Most Poptastic Single of 2012

We could play noughts and crosses on her face

Released: 26th February
Writers: Thomas G:son, Peter Boström
Trivia: When this song reached no. 1 on UK iTunes, it was a very proud moment for me, proving the UK will be interested in a great Europop song if they are actually given the opportunity to hear it. Unfortunately the fun-hating music gatekeepers quickly pushed Loreen back out of the gate the public had sneaked her through, but at least we had our moment.
Best bits: 1. We’re going up-up-up-up-up-uhh-up!
2. Euphooooria
3. We’re higher and higher and higher, we’re reaching for divinityyyy-oh

The 2nd Most Poptastic Single of 2012

Is that an Eiffel Tower tattoo?

Released: 9th May
Writers: Patrik Berger, Charlotte Aitchison & Linus Eklöw
Trivia: Icona Pop had been dropped from their UK label Mercury when they put out this track in Sweden, but have been re-signed by their rivals Atlantic off the back of its brilliance. Good pop saves the day!
Best bits: 1. You’re from the seventies, but I’m a nineties bitch
2. I crashed my car into the bridge… I don’t care! I love it! I don’t care!
3. I got this feeling on the summer day when you were gone