It was very difficult to decide this year’s no.1 as the whole top 15 were very close and could easily be in a different order if I did this chart again next week. For that reason I have chosen a song which will always remind me of 2010 and shows that however great the obscure pop gems we seek out can be, nothing beats a proper career-defining pop moment like this one… 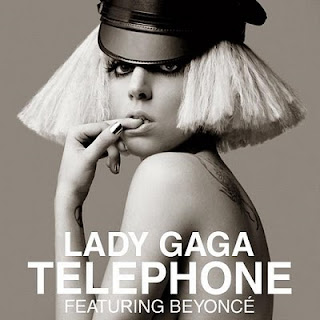 Released: 15th March (UK)
Trivia: GaGa is the first artist to ever be awarded the title of most poptastic single of the year more than once! Just Dance was no.1 in 2008, a year I spent obsessed with GaGa, trying to persuade people to listen to her cos she was “so underrated” – seems a very distant memory now! She could have even won it three years running but I was in a grump with her last year for being so irritating (I like her music much more than I like her) so only put Bad Romance at no.23. The most bizarre fact about this song is that the first time I heard it was on the radio. Yep, the RADIO! You’d think it was the 90s or something.
Best bits: 1. I shoulda left my phone at home ‘cos this is a disas-tuh!
2. I’m biz-ZAY!
3. Stop calling, stop calling, I don’t wanna think anymore, I left my head and my heart on the dancefloor