X Factor 2010 may have been the launchpad for one of the series’ worst winners yet, but it also introduced us to some of the most interesting, charismatic contestants they’ve ever had. While Cher Lloyd made her way to the final 3, my other favourite Nicolo Festa was not so lucky. His sense of humour was too complex for the British public and seemingly for the producers of X Factor too, as they foolishly tried to turn him into a novelty act. This only served to make Nicolo and even more confusing prospect to the public, so it was no surprise that he didn’t last long when it came to the voted rounds of the competition.

Nonetheless, Nicolo has retained a loyal following thanks to his brilliant Twitter account, and hopefully will find a way to use his X Factor appearance to launch him as the artist he really wants to be. I got the chance to chat with him over e-mail this week, so here’s what he had to say for himself:

I saw you tweet about being in the recording studio the other day so I’m curious, can you tell us what you were working on?
Haha well at the moment we are writing three songs at the same time. Which is quite confusing but at every listen we change our minds about grooves, melodies or lyrics so we’re constantly rewriting. I’m the pickiest person with music, it needs to be perfect.

Is it still your main goal to make it as a singer or do you have other career options that you’re hoping to explore?
Well I’ve always been interested in the arts in general. I’ve always been gifted at drawing and acting, and I love to read and write. Music is my biggest obsession but I will definitely try to do as many things as possible. I don’t want to be a fossil.

Your love of the Spice Girls is well documented – if you’d had the chance to sing a Spice Girls song on X Factor, which one would you have sung?
Well I had asked the bosses to sing Say You’ll Be There on the first week but they gave me Lady Gaga instead. The theme for week two was “idols” and we had agreed to do Viva Forever. I even have a demo of me rehearsing it a few days before my elegant departure…

What happened to you on the day when the X Factor charity single was performed on TV? You tweeted about being there for rehearsals but weren’t seen on TV at all!
I know! During rehearsals I was being very difficult (really?). They didn’t make me sing on that song so I thought “why should I be here?”. And I decided to “sabotage” the show by dramatically falling down the stage. As I was choreographing it in the afternoon they found out and threatened me. It would have been the funniest thing, what a pity. 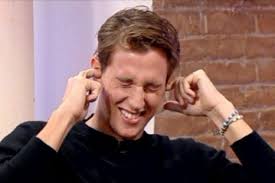 What was the funniest thing that happened while you were in the X Factor house?
That would have to be Harry Styles running around the house in a golden thong. I will never forget that!

Did you feel like you were given a fair chance to succeed on X Factor or did it feel pretty obvious who the producers and judges’ favourites were?
I definitely was. Because I’m so weird and very different from every other contestant the show had, there was genuine interest in me from most of them. Some of course thought I was cocky and obnoxious (which is really me being moody because I’m a Virgo or because the weather is bad or I’m hungry) but hey, I come from a different culture. We Italians are loud and all over the place, I’m not gonna change who I am to please others. If you don’t like me booo I don’t need you in my life! Anyway everybody was really really upset about me leaving so soon, and they genuinely believed that song was right for me. I don’t know how they could ever think that, but they did.

What can we expect from your performance at EQ Live this weekend?
It’s gonna be very intimate, I will sing accompanied by an amazing pianist. I had my big production number and it was ghastly. So this time it’s only gonna be my voice, singing my favorite songs and some new material. I hope people like it, I really do. I wanna prove that I am a singer, not a buffoon with a strange accent that cracks jokes on twitter. I mean, I love humor and if I don’t laugh every ten minutes I will feel sick, that’s who I am. But I love music more.

Nicolo will play EQ Live this Sunday at The Workshop in London, and he can be found on Twitter at @Nico1o – he’s very much worth a follow!