Before Ed Drewett and before Erik Hassle, there was Vincent Pontare. When he released his debut album in Sweden in 2007, he made a big splash and was barely off the radio. It especially helped that he balances perfectly between pop and cool. On his first album he worked with some great up and coming Swedish writers, but the musical direction was clearly very much Vincent’s vision, and he’s since been in high demand to replicate it for other acts. Now he has a new single out and an album on the way, which I’m very excited about as his debut was consistently brilliant and still sounds fresh three years later. 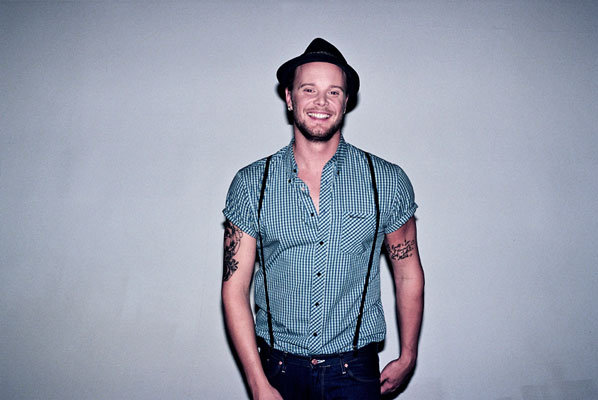 Whether he will be able to make it as an international pop success I’m not sure (and the difficulty Ed and Erik have found so far in achieving this suggests it will be a struggle), but he’s certainly already been a major part of a new trend in music and I strongly suspect his name will be appearing on many more album sleeves over the next few years. Time will tell if he’ll be on the cover or in the credits.

I was lucky enough to chat to Vincent about a selection of interesting topics, so here’s what he had to say for himself…

How do you feel your music has progressed from album one to album two?
I feel after the first album and the 100 gig tour that came with it, that made my songwriting more “LIVE” based or back to basic songwriting. It made me more concerned about if the song would be great live or not and that affects the energy and the arrangements of the songs. What do you think of Erik Hassle? My first thought when I heard him was that he reminded me of you!
Haha… Yeah Erik’s a great singer and a great guy so I take that as a compliment. I know him and we basically work around the same people.

Can you recommend any other Swedish artists we should be looking out for in 2011?
Johnossi, Motoboy & MagnusTheMagnus

Do you have any plans to launch your music outside of Sweden… maybe even in the UK?
I did a massive launch in Germany and also went there as the support act for Mark Ronson. I also did stuff in France and Italy but not the UK yet. We have some UK labels showing interest so we´ll see, maybe soon.

Your father has represented Sweden twice in Eurovision – do you have any interest in following in his footsteps?
Not for the moment.

Now you’re dating the lovely Agnes, is there any chance of you two working together? I’d love to hear a duet!
We try to keep “work” and “private” separate.

Finally, for someone who has never listened to your music before, can you give them one reason they must do so?
I haven’t heard any contemporary music sounding like mine so that could be a reason!

Find out more about Vincent on his website and catch up on his previous hit list by clicking here.